The Gipper understood all too well what happens when an agency is created for any reason.

Whether through the best intent, a promise to certain constituencies or straight up corruption, new entitlement programs, regulatory regimes, and paper shuffling bureaucracies grow like weeds.  The reasoning behind their seeding and growth is often exhibited and touted as the most innovative  production of legislative group think.  However such creativity is most often absent when trying to prune such things from our budgets; they usually exist well beyond any deserved trial period, as perennial and everlasting.

Immortality and eternal life notwithstanding, “inertia’ might also be an apt description of bureaucracy and government programs. Once in motion, the programs will stay in motion until met by an equal and opposing force.

What this means, is that to end a program or bureaucratic construct, there must first be opposition to the program.  The opposition must then overcome the desire of the operators within the specific bureaucracy, the people it serves, and those who profit from it.  The self defense mechanism and self preservation of embedded interest can be formidable

There can be no doubt, Reagan was on target.

The manifestation of self preservation does not at all connote value however. 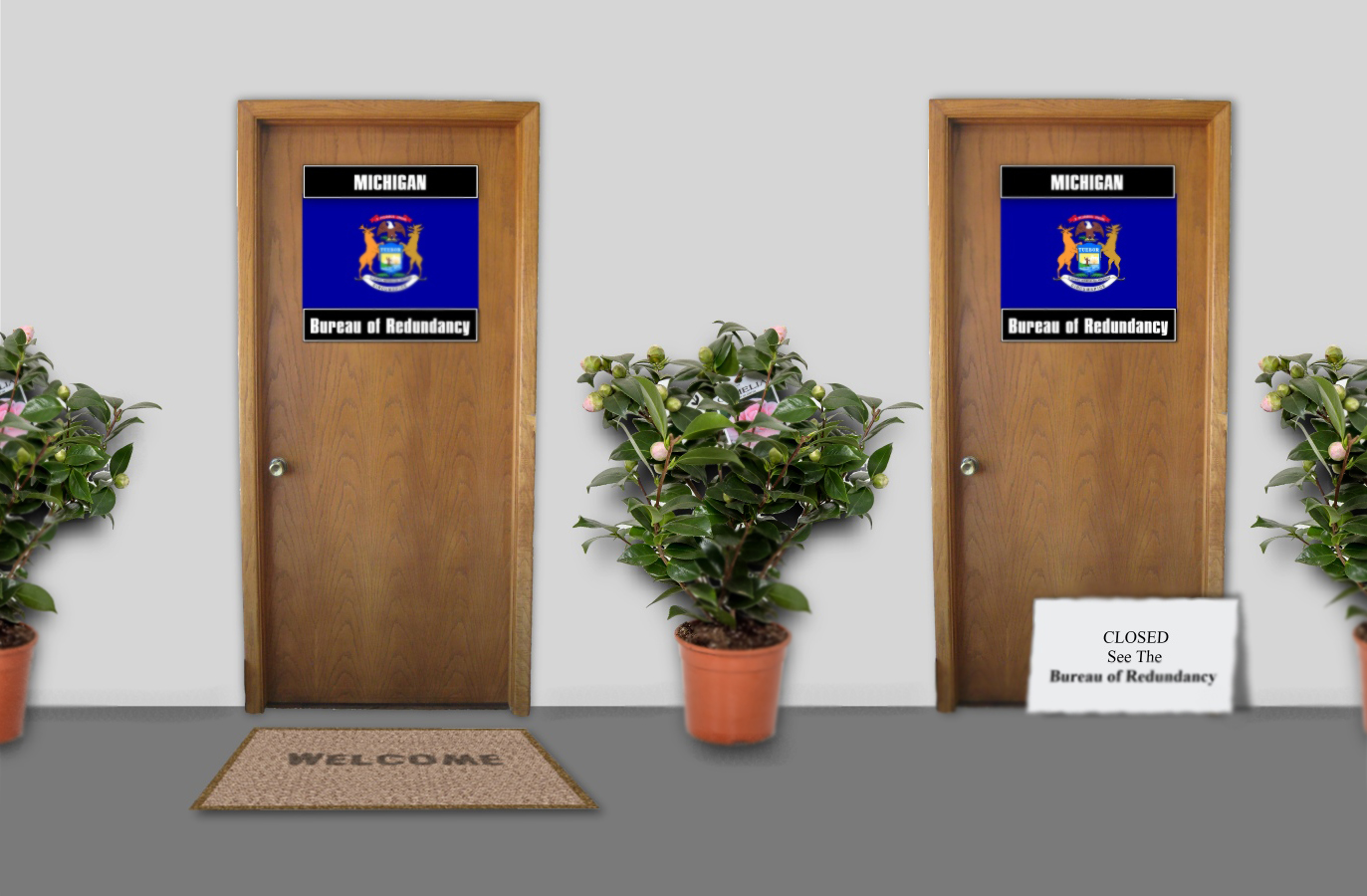 And we will find that only when absolutely required, will any attempt be made to reduce the size, or eliminate those programs deemed to be of insignificant benefit for monies spent. No-one voluntarily recommends their own particular agency be done away with, and unless policy makers are looking to disassemble specific parts of the bureaucracy, it will not happen automatically.

Therefore directors of most governmental departments don’t worry, unless they know a target has been painted on their agency.  Most business-as-usual requires a minor budget dance, and a rubber stamp in the budget process.  Surely enough, as we have seen each year, there is never a reduction in the overall cost of state business. It continues to grow.

So inertia comes at an ever increasing cost.

There is a way however to fix this.  What happens when a state agency faces planned obsolescence?  What happens if that everlasting gobstopper known as a government program has an expiration date that must be rewritten every so often? How does this change the way in which budgeting is done if the end is guaranteed sans an absolute need for the program being demonstrated?

The roles are changed.  Instead of a legislator fighting an uphill battle to seek out the end of a wasteful bureaucracy, it becomes automatic.  The agency itself must then be proactive and demonstrate efficiency, and efficacy. It must continually prove its worth, and would have to earn a champion who will sponsor its ongoing renewal and ultimate existence.

The expenses in government that are wasteful, or have no practical worth, would no longer have to be cut out through intensive investigation and searches for economies in the budget, but would find a graceful and expected end. ‘Ephemeral,’ or transitory agencies would not transform into full blown money pits, and the necessary functions of government would still have to demonstrate efficiency and worth.

Would not such a default promote accountability?  Accountability in the form of expected performance vs actual?  If Program “A” is expected to have result “B,” and result “B” is the valued effect, the failure of attaining that result would forfeit any renewal, right?

It ought to, yes?

However such metrics can easily be ignored if there is no skin in the game.  How many legislators are willing to upend a bureaucracy and be a taxpayer’s hero, if it means they will be attacked and vilified by the interests with a stake in the continued operation of that bureaucracy?  If tax revenues are sufficient, even a poorly performing or useless agency is really of no concern, so why bother?

Conversely, who would like to return to their constituents and tell them that they wrote the renewal bill for an agency that has lived well beyond its purpose?  What legislator could proudly proclaim that a new lease on life was given to a program that is wasteful and bloated because of their sponsorship?  That is what we pay taxes for, right?

All programs have a stated purpose.

On their face, the expressed goals of a new program or bureaucracy ought to be sufficient for them to be created.  What might appear as lack of value for money spent will usually guarantee the opposite.

Ultimately, making the recipients/beneficiaries/participants of any program accountable to the expected results would reduce mission creep, lower cost of government, and eliminate legacy waste.

I would propose the automatic sunset of ALL government programs, requiring legislative sponsorship staggered over a set amount of years. It would require legislative approval one year before the natural termination of the program to assure a proper and orderly dissolution if necessary, and allow for maximum transference of state employees to other continuing departments.

The proposal would require the same legislative consideration  as any new spending plan or program creation.  It would be the same process to passage with the main difference of an ongoing history, but it’s true value would be more easily identified.

In this way, the trend of increasing budgets would be reduced, and a more efficient ‘right sized’ Michigan government could emerge.

And it would be about time.

1 thought on “Immortality, Physics, And The Automatic Sunset.”